Canon of Favorite Books (I) 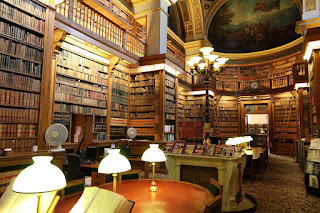 The titles of the books are linked to longer articles at this blog. I have paired the books, either by author, or by theme.

Photo on top of page: The Library of the Palais Bourbon in Paris, by Baptiste ROUSSEL, CC BY-SA 3.0, via Wikimedia Commons

Email ThisBlogThis!Share to TwitterShare to FacebookShare to Pinterest
Home