Here is a plate of New Year food, osechi-ryori, of which most items have an auspicious connotation. 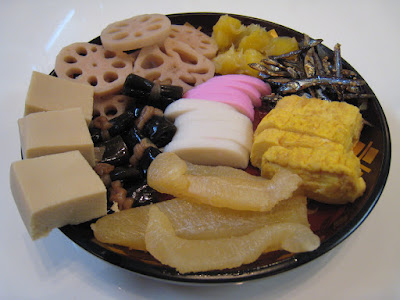 Starting at the bottom and going around clockwise: