I have rewritten and expanded my post about the novel in Austria. I have now also included genre novels, such as thrillers, horror and fantasy, as well as popular writers.

Check it out at https://adblankestijn.blogspot.com/2016/12/best-european-novels-1-austria.html.

Tanizaki by Year (1): 1910-1916
Tanizaki Junichiro (1886-1965) was a literary genius and brilliant stylist, who wove complex plots, created lifelike characters and commanded an exceptional wide range of expressive prose styles. His mastery of the essential elements of fiction was so complete that he should be ranked as one of the finest of all the world's great storytellers. (Lewell, p. 399) 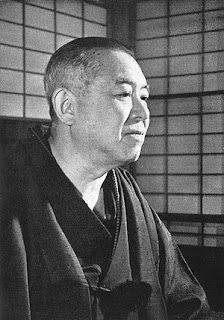 "The Biographer's Tale" by Byatt (review)

The Biographer's Tale by A.S. Byatt
My rating: 3 of 5 stars

A.S. Byatt is a writer of great erudition, a Victorianist who does Victorian studies by writing intelligent fiction for the general public. "The Biographer’s Tale" is another academic quest narrative…

A postgraduate at a nameless English university, narrator Phineas G. Nanson decides to abandon his studies as a post-structuralist literary critic to become a biographer instead, what he believes to be a more tangible pursuit.

He chooses as his subject one Scholes Destry-Scholes, who himself was a biographer of genius. Destry-Scholes's magnum opus was a biography of the Victorian polymath Sir Elmer Bole, a famous explorer, soldier, diplomat, scientist, travel writer, novelist and poet - in short, almost a caricature of a certain British type.

As Nanson searches for clues to Destry-Scholes's life, the novel acquires layers of complexity. Nanson finds fragments written by Destry-Scholes about three men: Carl Linnaeus, Francis Galton and Henrik Ibsen. Like Nanson, the reader realizes the identity of these figures only gradually, for the fragments are oblique and mystifying. To his dismay, Nanson discovers that the revered Destry-Scholes has taken great liberties with the facts, inventing false incidents and inserting imaginary details. This calls into question the whole issue of biographical accuracy and allows Byatt, who all along has been taking swipes at post-structural literary criticism, to introduce arch observations about the current fad of psychoanalytic biography.

The plot broadens when Nanson falls in love with two women simultaneously: one is a Swedish bee taxonomist; the other is Destry-Scholes's niece, a hospital radiographer. This is only one of the many mirror images here, for Bole had also married two women.

In addition to the theme of doubles and doppelgangers, Byatt's (Possession, Angels and Insects) familiar preoccupations with insects, myths, spirits, metamorphoses and sexuality all come into play.


View all my reviews
Posted by Ad Blankestijn 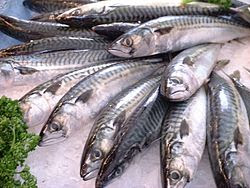 Beautiful, mother-of-pearl hued, with a silvery-black stripe running along its back, mackerel are little cousins of bonito and tuna. Like tuna, mackerel most of the time swim fast, so their muscles are loaded with Adenosine Triphosphate (ATP). They also contain lots of glutamate and glycine, so they have lots of umami. Mackerel can attain a length of 50cm. They are best in autumn when fat increases, but can be caught the whole year through.
Sushi chefs divide fish into three basic categories: red (tuna, swordfish, etc.), white (sea bream, sea bass, flounder etc.) and blue. This last category refers to fish with a silvery blue skin, and therefore they are also called hikari-mono, "shiny things". Mackerel belongs to this last category.
Found throughout Japan; the main fishing port is Choshi in Chiba, but the largest catches are brought on land in Ibaraki, Nagasaki and Shizuoka.
Saba dishes:
Saba no sashimi. Fresh mackerel are delicious as sashimi or seared (tataki). You can feel the richness of the taste, which is fuller of umami than other fish. It also goes very well with vinegar. The sashimi should be prepared by a specialist, as there is a risk of anisakis parasites.
On sushi: nigiri-zushi, battera-zushi (Osaka), bo-zushi (Kyoto).
Shimesaba, vinegared mackerel
Saba no shio-yaki, mackerel grilled in salt
Saba no misoni, mackerel simmered with miso. Miso is popular for simmering, as it absorbs the fishy odor.
Saba no nitsuke, mackerel lightly pickled in vinegar
Saba no oroshini, simmered mackerel with grated radish
Saba no goma-ae, mackerel dressed with sesame
Posted by Ad Blankestijn