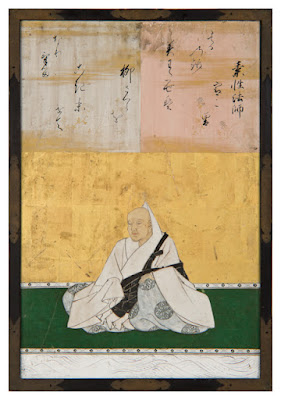 The complaint of a woman who has waited a long night for her lover who didn't show up.

Although the writer is a man, this poem has been written from the point of view of a woman. That is clear from the fact that in the Heian-period women almost never left their houses; it were the men who came visiting, also in the case of (secret) love affairs. As her lover has told her he will come soon, she keeps waiting for him during a long, autumnal night, hoping that he will appear, but all she finally sees is the "ariake no tsuki," the moon that it left in the sky while it is already getting light in the early morning. Ironically, this was the time that lovers usually would leave and head for home.

Such a "morning moon" only appears after the sixteenth day of the lunar month, when the moon is waning - so it is not a full moon but a crescent. "Nagatsuki" refers to the Ninth Month of the lunar calendar (mainly our August), when the nights are long and the moon is beautiful.

Sosei, who had the title "hoshi," Buddhist Priest (lit. "Master of the Law"), was the son of Archbishop Henjo, the author of Poem No. 12 in the Hyakunin Isshu. He is one of the Thirty-six Poetic Immortals and is well-represented in the Kokinshu and other imperial anthologies.

We saw in a previous post that Alexander Zemlinsky (1871-1942) had ordered an opera libretto about "the tragedy of the ugly man" from his colleague Franz Schreker, but that Schreker became so fascinated by the story that in the end wrote his own music for it. Zemlinsky's interest in this this topic stemmed from the fact that he had enjoyed a passionate love affair with his pupil Alma Schindler, which - perhaps because it was never consummated - had been a two-year long emotional roller-coaster. But in 1902 Zemlinsky experienced the most shattering set-back of his life when Alma, who was to have been his Muse, decided against him and in favor of marriage to the famous (and twenty years older) Gustav Mahler, now calling her former lover "a comical figure, a caricature, chinless and short, with bulging eyes." But for many years they would move in the same circles in Vienna and instead of becoming his muse, Alma Mahler would haunt Zemlinsky's music like a bad dream, starting with his death-obsessed symphonic poem Die Seejungfrau (The Mermaid). 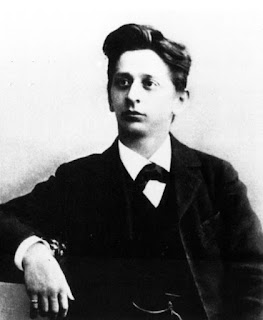 Next, Zemlinsky's unfulfilled longing resurfaced even stronger in another work, an opera he wrote after a verse drama by Oscar Wilde: Eine florentinische Tragödie (A Florentine Tragedy). Like Schreker's Die Gezeichneten, this opera is set in Renaissance Italy. Completed in 1916, it brings a love triangle on stage between a Florentine cloth merchant, Simone, who upon his return home from a business trip finds his young wife Bianca entertaining the handsome nobleman Guido. Simone suspects he has interrupted an affair, but as he has actually not caught the lovers doing anything wrong (although there is a peculiar atmosphere), he edges on Guido by treating him as a customer for his precious fabrics and ornaments (which he sells him at an exorbitant price), forcing Guido and Bianca all the time to maintain a pretence of propriety. In other words, Simone is a clever, manipulative man with a sadistic streak that reveals itself in the cat-and-mouse game he plays with the lovers. When Simone leaves the room for a moment, Bianca and Guido quickly embrace and Bianca urges her lover to kill her husband. Simone comes back and now a duel with swords begins between the two men. Against expectation, Simone kills Guido and, in another surprising twist, Bianca finds her love for her husband rekindled by his martial exploits - even at the expense of her lover! Husband and wife reunite in a passionate embrace over the lover's dead body. "Why did you not tell me you were so strong?" she asks, to which he responds, "Why did you not tell me you were so beautiful?" One could call this a rather extreme way to bring fire back into a stale marriage! 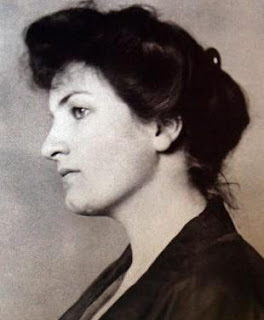 In this short opera, Zemlinsky was in fact pointing at two triangular love affairs among people close to him. The first one was Alma Mahler's infidelity with the architect Walter Gropius, not long before Mahler's death - Zemlinsky had lost his youthful love to Mahler, but as Mahler was also his sponsor and friend, he strongly took Mahler's side. The other one involved an affair of his sister, who was married to Arnold Schoenberg - her lover committed suicide after the relationship failed and she returned to her husband.

The Florentine Tragedy, however, was just a step up towards Zemlinsky's final "denouncement," his own story of "the ugly man," in the form of The Dwarf, another opera based on a story by Oscar Wilde. The Dwarf derives its power from the fact that it was a masochistic self-portrait of the composer, who was regarded as physically repellent not only by Alma Mahler as we saw above, but also by his family and friends. The tragic opera is about the cruel treatment of a repulsive but tender-hearted creature. This dwarf, in a cage, is presented to the Infanta of Spain, among many other wonderful presents, on her 18th birthday. The dwarf, who has no idea how ugly he is, is entranced by the beauty of the young Spanish princess. She plays along with him in a deliberately cruel way, even when her companions warn her not to go too far. The dwarf sings her a song of love, imagining himself as a brave knight. She toys with him and gives him a present of a white rose. Then she leaves him. Left on his own, the Dwarf accidentally uncovers a mirror and for the first time sees his own reflection, realizing how ugly he is - his new sense of self-awareness destroys his sense of self-worth (a case where "Know Thyself" is not beneficial; perhaps we sometimes need our illusions in order to survive?). In great agitation, the Dwarf tries to obtain a kiss from the Infanta, but she spurns him, telling him he is a monster. His heart broken, the Dwarf dies clutching the white rose. The Infante, from her side, lets it be known that next time she wants a better toy, one without a heart, and returns to her dancing.

The music is characterized by a wonderful flow of glorious melody. The Infanta and her companions are depicted in unemotional, neoclassical music, while the music for the Dwarf is of course the emotional heart of the opera, with soft violins and chromatic harmony. As a theater work, The Dwarf is second to none of its contemporaries. It is dramatically taut and well-balanced, words and music are excellently wed. The orchestration is as brilliant and imaginative as anything by Richard Strauss or Gustav Mahler. Deformity, dangerous femininity and social alienation were of course common fin de siècle themes. And in its excessive self-abnegation, The Dwarf may have served as the final theatrical cure of Zemlinsky's obsession with Alma Schindler - who although she didn't become his official "Muse," still inspired much of his best music!

The Dwarf is a story of innocence destroyed, of impossible longing and desire for unobtainable love. The music is full of fin de siècle decadence, glittering sensuality and seductive charm. But like our previous composer, Franz Schreker, Alexander Zemlinsky suffered the misfortune of being pushed to the margins of musical history because he fell between two stools: for his conservative contemporaries he was too advanced, for the postwar radicals he was not advanced enough - and for fifteen years in between, his music was forbidden by the Nazis.

Zemlinsky was a typical product of the multiculturalism of the Habsburg Empire: his father was Slovakian, his mother came from a Sarajevo Bosnian-Jewish family. Zemlinsky trained at the Vienna conservatory and opera dominated his career both as a composer and conductor. In that last capacity, his star rose under the patronage of Gustav Mahler; after Mahler's death, Zemlinsky moved to Prague, where he was to remain for the next 16 years. These were his most happy years, when he also wrote the present two operas. When the Nazis came to power in 1933, he lost his official posts and in 1938 fled to the United States, where he died in 1942, a forgotten and ill man.

Happily, the last 30 years have seen a re-assessment of Zemlinsky's lush fin de siècle music, including his operatic output. Although stage productions are rare, both The Florentine Tragedy and The Dwarf have returned to opera houses and are often staged together as they neatly make up a full evening program.