Hyakunin Isshu (One Hundred Poets, One Poem Each): Poem 28 (Minamoto no Muneyuki) 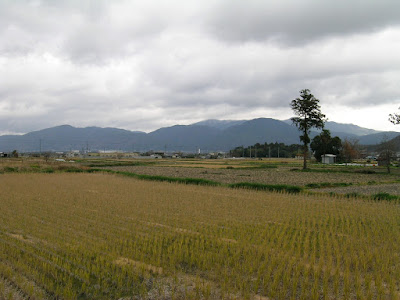 
This is a very clear and straightforward poem. Only "hitome" is unusual in the meaning of "people's visits," but that allows "karenu" to be a pivot word in the joint meaning of "to wither" and "to avoid."

What makes the poem more interesting is what Mostow mentions about the setting in its time. He says that it functions in an elegant debate about which season is sadder, autumn or winter. Muneyuki's poem is then written in response to the assumption that autumn is saddest. Another point is that in Muneyuki's time mountain villages were regarded as desolate places, but in Teika's time they had become places to appreciate nature (Mostow 226).

Minamoto no Muneyuki was a grandson of Emperor Koko (Poem 15). He has 15 poems in various imperial anthologies, of which six in the Kokinshu.