Hyakunin Isshu (One Hundred Poets, One Poem Each): Poem 18 (Fujiwara no Toshiyuki)

are you so afraid of others' eyes
that not even at night,
over dream paths
will you draw near like the waves
to the shore of Suminoe? 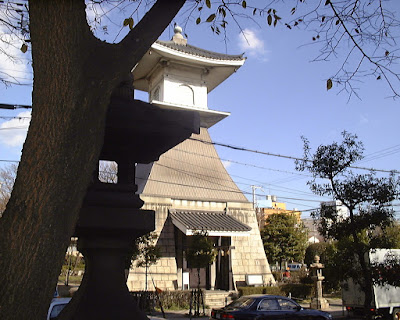 The complaint of a woman about her lover who doesn't come by.

"Different from the approach of the waves to the shore of Suminoe, which come both day and night, that I can’t even meet you at night along the paths of my dreams, must be because even in dreams you avoid people’s eyes."

It was believed in Heian Japan that lovers could meet in their dreams. In this case, even that is not possible, something which is rhetorically ascribed to the extreme fear of the lover that other people might see him.

This is a poem written in the voice of a woman (although composed by a man), and not a complaint by a man. This is evident because in aristocratic Heian society it was impossible for a woman to go out and visit her lover. Women always stayed in their mansions, sitting in half-dark halls, hidden from the gaze of others behind heavy screens and curtains. The only occasion they could go out would be a pilgrimage to a famous Kannon temple or to see the Kamo festival, but then also they would ride in carriages behind curtains or be veiled themselves. So it were the men who visited the women, but unless they were married, even lovers were not allowed to gaze upon the face of their beloved. Sometimes aristocratic women even didn't want their voice to be heard by men who were not their family, so they would communicate through one of the many servants with whom they were always surrounded, or via a poem.

By the way, even after marriage couples would not live together - the wife stayed with her father or other family members and the husband would visit her there, usually for a few nights at a time. This system made polygyny possible for the men; in the Genji Monogatari and the diaries of Heian court ladies we can read how much distress this unequal system caused.

The reason that the man here is afraid to be seen, could be that this is a case of "forbidden love," that is love for a married woman or love for a woman of very different status (again a situation we often encounter in The Tale of Genji). 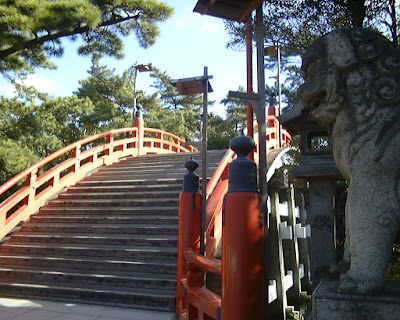 "Suminoe" is Sumiyoshi in southern Osaka, the location of the ancient Sumiyoshi Shrine (a deity of not only seamen, fishers and farmers, but also of waka poets!), which now has National Treasure status and is one of the most interesting places to visit in Osaka. The Sumiyoshi deity was very popular in the Heian period and also plays an important role in the Tale of Genji: he helps Genji, after his banishment to Suma, to regain a successful career in the capital. Although now built up and changed beyond recognition because of land acquisition, the coast at Suminoe used to be very beautiful and was especially famous for its pine trees. Those pine trees are silently alluded to in the poem, as they are homonyms with the verb "waiting," and that is after all the fate of the woman in the poem...

In the Kokinshu this poem is accompanied by a head note stating that it was written during a poetry contest in 953 ("The Empress' Poetry Contest of the Kanpyo Era") and this explains why the male poet here wrote in the voice of a woman - it must have been part of the contest.

The poet is Fujiwara no Toshiyuki (d. 901), who also was a renowned calligrapher and middle-ranking official. He is one of the 36 Poetic Immortals and has 28 poems in various imperial anthologies.