Kyoto's secluded temple graveyards harbor the ashes of many famous artists and authors. Years ago, I heard that the grave of Tanizaki Junichiro (1886-1965) could be found in the old graveyard of Honenin Temple, but a cursory visit rendered no results, there were no written indications. During my visit to Honenin last week, to see the halls that are generally not open to the public, I received a small map of the graveyard at the reception desk, and thanks to this map finding Tanizaki's grave was a breeze. 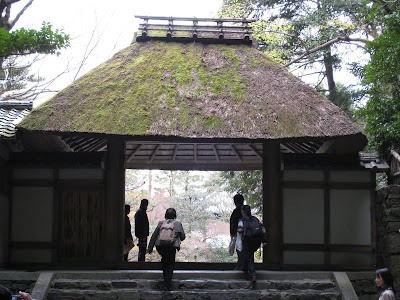 Tanizaki had started his writing career with sensual short stories as Shisei (The Tattooer) in which a tattoo artist inscribes a giant, evil spider on the back of a beautiful woman - this gives her a demonic power of which the artist becomes the first victim, something he masochistically accepts. Other novels, as Naomi, reflect the rapid modernization of Japanese society in the tale of a dandy who tries to groom a cafe girl with English and music lessons and in his obsession puts up with all her whims and even infidelities. 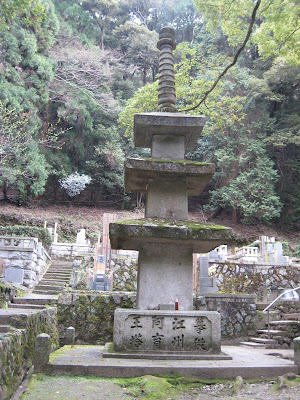 [Stone pagoda in the center of Honenin's graveyard]

Tanizaki moved from the Kanto to the Kansai after the great earthquake of 1923. After relocating to Western Japan, his dandyism and fascination with the West were replaced with a renewed appreciation of classical Japanese culture, as is evidenced by In Praise of Shadows. He first lived in (still rather Western) Ashiya, where he wrote masterworks as Arrowroot, The Reed Cutter and A Portrait of Shunkin - all stories of men who find happiness in absolute devotion to haughty or unapproachable women. He also started on what would become his most famous novel, The Makioka Sisters, a realistic tale about the decline of a proud Kansai family, which he completed five years later after moving to Kyoto in 1948. And, not to forget, at this time he also wrote one the most beautiful cat stories ever written, A Cat, A Man and Two Women, about a man torn between his wife and his ex-wife, but who prefers his cat Lily to both. 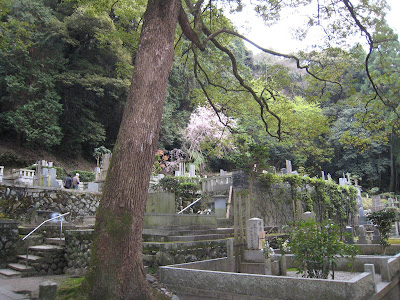 [The graveyard of Honenin temple]

Tanizaki had of course often visited Kyoto even when he lived in the Kanto and he was already familiar with the Philosopher's Path. In Kyoto, Tanizaki lived in three places: first in Teramachi Imadegawa Agaru, then in Nanzenji Shimokawara, and finally in Shimogawa Izumigawacho. The Shimogamo of his last Kyoto address returns in the beautiful novella The Bridge of Dreams - but Tanizaki wrote it three years after he had already exchanged the cold Kyoto winters for the warmer climes of Atami. He had lived in total between seven and eight years in the old capital - from 1948 to 1956. 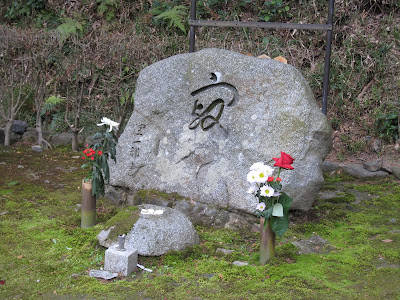 Tanizaki's grave is one of the most beautiful I have ever seen. It is situated on a high ridge, at the eastern backline of the graveyard, close to the forest. A simple natural stone - not a typical gravestone, but one used for poem inscriptions as kuhi - with the inscription (by Tanizaki himself) of just one character: Jaku, or 'Tranquility.' There is one more stone with the character Ie, 'Family,' also in the hand of Tanizaki. The low stones lie under a small cherrytree and just at the time of my visit that was in full bloom. The shidare-zakura was planted by Tanizaki himself. 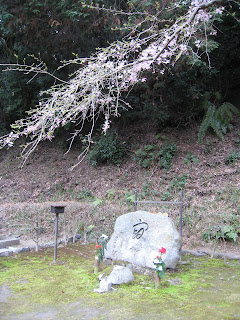 Access: 10-min. walk from Ginkakuji-mae bus stop (bus 5 from Kyoto St). Grounds free. The graveyard is on your right, before entering the thatched temple gate. Tanizaki's grave lies on the high ridge at the back, next to that of nihonga painter Fukuda Heihachiro.

When the play starts, the 16-year old Romeo is already suffering from an extreme bout of love sickness - but for one Rosaline, as he still h... 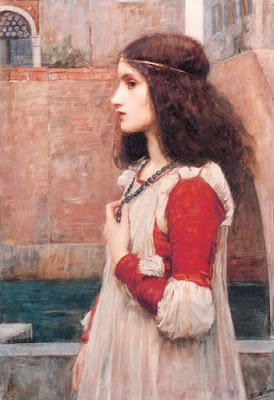